Dancing, breathing, learning some of the best things in life… Inside a pop-up studio on Humber Street the pro-company are applying the polish to their section of Smudge, throwing themselves to the floor, and high kicks to the heavens. The community cast wait and watch for their cue as the music and the movement builds to an angelic climax.

Over six days a group of professional dancers from Hull and a community cast – including myself – made up of regulars from the weekly adult contemporary class at State of the Arts, Gary Clarke’s Into the Light, Tamar and Jo’s Unseen Beings and Southpaw’s Rush, have worked with leading choreographer Yael Flexer to create Smudge. The specially commissioned dance work merges dance and digital technology to explore the idea of movement as trace, a constant act of mark-making and erasure. Smudge is also about migration looking at the different pathways we take in our lives over time, the imprint we leave, the memories we make that inform the future and the absences we leave behind.

The performance of Smudge begins outside with a series of chalk graffitis on the cobbled street – this section is immediately renamed ‘walky chalky’ by the cast. The work shifts to the top of Humber Street with dancers responding to the street furniture, the immediate environment and their relationship within it.  The audience follow the performance as it moves down the street in a playful manner, at one point pairs create album cover poses while they are drawn around, leaving their outlines chalked on a metal shutter, as they themselves move on to the next site.

The indoor space is dominated by four long strips of paper creating lanes that echo school sports day. At the end of each is a pile of charcoal powder. The dancers improvise different ways to move up and down the paper leaving footprints, sliding and sharp edges akin to the lines and grooves an ice skater might make cutting through the ice. The movement is accompanied by a score of organic and industrial sounds. This is not so much a dance as a drawing exercise incorporating movement and continues the themes of imprinting, physically placing the foot on the paper and leaving a mark, how that mark, that imprinting, changes when it comes into contact with someone else.

The third section takes place inside the studio and begins with the pro-company with a richly choreographed piece with eye-catching physicality, complicated transitions from floor to standing. The backdrop is a screen digitally mapping each and every movement creating the traces in digital space in realtime.

Over the last few weeks both groups of dancers have been exploring, in collaboration with Yael Flexer and Nick Sandiland, how different movement, different speeds, different parts of the body, can create the pattern series on the screen. And perhaps most pleasing, chases itself away moments later.

Where the pro-company’s piece was detailed and highly choreographed, the community cast used improvisation techniques within set sequences that relied on attention to the quality and intent behind the movement.  When moving in unison they suggested the solidarity within the group, the posse mentality, where-as within the improvised score each dancer’s individuality emerged during the course of the work.

It is interesting to note that some of the audience connected with the playful nature of the outdoors section, where as others preferred the drama of the indoors, and some really found the charcoal mark-making captivating.

‘Mesmeric’ was one comment, another said, ‘I loved the way you [the community cast] moved from the outside to in, and we had no idea as to what was going to happen within each space’ and also ‘I liked the moment when you [community cast] came into the third room and joined the professionals and later again when both groups united and filled the dance space as one unit,’ and also, ‘It was beautiful, so powerful, so honest.’

Keyna Paul Hull Dance Creative Director welcomed the audience and the visiting dance companies and artists to Transgressions 2019, encouraged everyone to seek out much more dance in venues across the city centre as the festival unfolded. And I’m happy to report that they have done just that.

The night ended with the more courageous sections of the audience creating their own traces, improvising movements, understanding how they influenced the ‘smudge self’ and being rewarded with the dramatic and pleasing results on the screen. 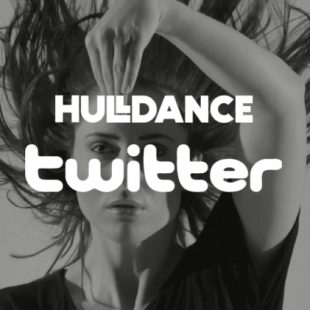 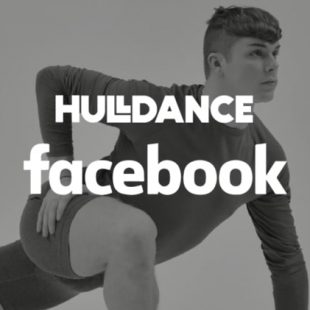